What is a Parkinsonism?

Parkinson's disease is a progressive nervous system disorder that affects movement. In Parkinson's disease, certain nerve cells (neurons) in the brain gradually break down or die. Many of the symptoms are due to a loss of neurons that produce a chemical messenger in your brain called dopamine. When dopamine levels decrease, it causes abnormal brain activity, leading to symptoms of Parkinson's disease.

Early signs may be mild and go unnoticed. Symptoms often begin on one side of your body and usually remain worse on that side, even after symptoms begin to affect both sides. Parkinson's signs and symptoms may include:

Other symptoms that may or may not occur:

The cause of Parkinson's is largely unknown. Scientists are currently investigating the role that genetics, environmental factors, and the natural process of aging have on cell death and PD.

There are also secondary forms of PD that are caused by

How to diagnose parkinsonism?

How to treat parkinsonism? 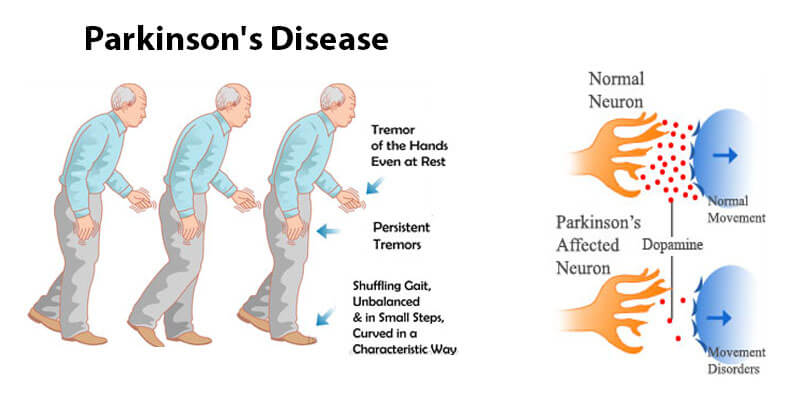